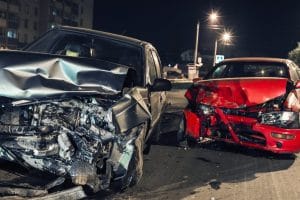 If you live or work in Vancouver, Washington, it’s a good idea to know where the most dangerous intersections are located. If you know where accidents often happen, you can either plan alternate routes or you can take extra safety precautions at those intersections.

According to The Columbian, Vancouver has the highest rate of pedestrian deaths and serious injuries in the state. The Columbian referenced data from the city which listed the intersections that would benefit most from safety improvement. Generally, the most dangerous intersections happened on Mill Plain or Fourth Plain boulevards.

What are the most dangerous intersections in Vancouver?

Why are intersection accidents so dangerous?

Intersection accidents aren’t just a danger to vehicles. Many intersections cause deadly or serious injuries to pedestrians and cyclists.

What are the causes of dangerous intersection accidents?

Some of the causes include:

If a car accident does occur, know that our experienced car accident lawyers in Vancouver, WA are ready to help you file claims for your medical expenses, pain and suffering, lost income, and for the damage to your vehicle.

How can you avoid dangerous intersections?

You can use Google Maps, Waze, and other apps that direct you to your destination by taking alternate roads. Normally, you just need to designate your location and your destination. The apps then set your path and give voice instructions so you don’t have to look at the app while you drive. Be sure to create the initial path before you turn the keys.

If you’ve been injured in an accident, it’s important that you speak with our skilled Vancouver, WA lawyers as soon as possible. We need to investigate the scene of the accident, speak to any witnesses, and review the police report. Our lawyers will answer your questions and guide you through each phase of the litigation process. To discuss your car accident case, please call our offices in Vancouver or Battle Ground, WA at 360-695-3309 or use our contact form to make an appointment.