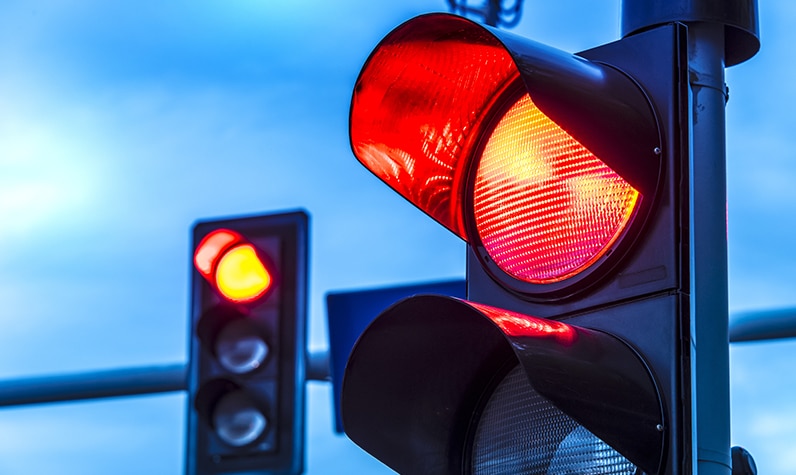 Fight to protect your right to drive in Washington State

If you drive long enough, there will come a day where you get a traffic ticket. In some cases, you can just grumble and pay the fine, but in others you really need someone to protect your rights. That’s because traffic violations and tickets can be more than an annoyance; they can build to much bigger problems that can affect your license, your insurance, and maybe even your job.

At Philbrook Law Office, PS, our Vancouver traffic violation lawyers are often able to have the charges dismissed or to have the reduced to lesser offenses. Many traffic court cases can be resolved to your financial benefit. Contact us in Vancouver or Battle Ground today, so we can get started.

What is a traffic violation?

There are many reasons a driver can be ticketed for a moving violation. The offenses are set forth in RCW 46.61. Common offenses that receive tickets include:

The monetary penalties vary for each offense. The maximum state penalty is generally not more than $250 according to RCW.46.63.110. Exceptions may apply. There may be additional local fines and fines based on camera tickets.

Non-moving tickets include parking tickets, car registrations that are expired, broken lights, and other failures. Surprisingly, texting and driving is also considered a non-moving violation. Many of the legal, procedural, and factual defenses are similar to the defenses for moving violations.

Washington State takes child safety seriously. If you leave an unattended child, aged 16 or younger, in a vehicle with a running motor, you can be charged with a misdemeanor. If you do it twice, you can lose your license.

How and when can your license be suspended for traffic violations?

Generally, drivers are subject to a license suspension if they have six (6) or more moving violations in a 12-month period. The length of the suspension is 60 days. There may be additional ways that violations can lead to a suspension of your driver’s license that an experienced Vancouver lawyer can explain.

How do insurance rates increase?

As a rule, any traffic violation appears on your driving record. And when a traffic accident occurs, one of the parties is going to be cited with negligent driving. Despite having no first-hand knowledge of the facts, the investigating officer will make a determination, and submit a sworn affidavit to the court as to who is at fault. Your insurance company will see this information and, more often than not, increase your premiums. Moving violations will stay on your driving record, too, for three (3) years, which is a lot of extra money to pay.

Do you have a CDL? Then you really need a lawyer

The requirements for a commercial driver’s license are strict. If you have multiple tickets, you could face a 60-day suspension of your license, which will make it impossible for you to work. Philbrook Law Office also represents truckers whose tickets went unpaid by their employers, and who have since had their CDLs suspended as a result, as well as those cited for logbook and trip infractions.

How can a Vancouver traffic defense lawyer help me?

We understand the laws, the court procedures, and the facts on your behalf. There are strategies that may help you obtain a dismissal or a reduction in the traffic violation charges.

Some of the legal challenges we raise include:

When it comes to procedural challenges:

We represent drivers in Vancouver, Battle Ground, Portland, and throughout Washington and Oregon State who are charged with moving or non-moving traffic violations. We also fight for drivers from out of state who receive a ticket while driving on our local roads. At Philbrook Law Office, we fight aggressively to have tickets dismissed or the ticket reduce to a less serious offense. To schedule a consultation, please call 360-695-3309 or fill out our contact form.