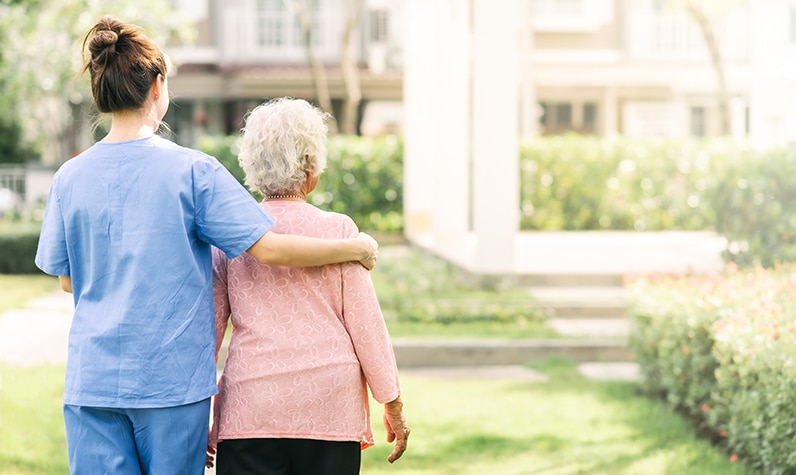 Many seniors move to nursing homes for health reasons. Many also move for companionship – especially when children may live far away. Nursing homes should provide a lot of joy and care for their residents. Sadly, seniors are often easy targets for abuse and neglect – especially when the facility is understaffed. Seniors often rely on family and friends to help them report that they’re not getting their right medications, that they are being isolated, and that they are showing signs of physical neglect and abuse.

At Philbrook Law Office PS, our Vancouver, WA nursing home lawyers fight for your parents, aunts, uncles, and friends who aren’t getting the care they’re entitled to and who are being physically, emotionally, sexually, or financially abused. We explain that nursing homes residents have specific rights that must be met. We work with elder care doctors to document the harm to a senior resident. Our lawyers will demand compensation for the pain and suffering, medical costs, and the loss of quality of life seniors suffer when nursing homes and staff don’t do their jobs.

Your search for a great lawyer is over; you got the right one

Adin Johnson was taking care of my case and I am so happy with the results. He was always responsive,...

According to the National Center on Elder Abuse (NCEA), there are numerous types of abuse which demand attention from loved ones, management and, if necessary, attorneys.

Some of the signs and symptoms of physical abuse include:

Some of the signs and symptoms of sexual abuse include:

The NCEA defines emotional/psychological abuse as “the infliction of anguish, pain, or distress through verbal or nonverbal acts.” This form of abuse includes intimidation, harassment, verbal assaults, and threats. Examples include:

Some of the signs and symptoms of emotional/psychological abuse include:

Some of the signs of financial abuse include:

The NCEA defines nursing home neglect as “The refusal or failure to fulfill any part of a person's obligations or duties to an elder.” The failure of a fiduciary to provide care and pay for necessary services may also constitute neglect.

Some of the signs of nursing home neglect include:

What are examples of nursing home neglect?

What other types of conduct by a Vancouver, WA nursing home may be grounds for a legal claim?

What is the Nursing Home Bill of Rights?

Federal law requires that nursing homes that receive Medicare or Medicaid (most do) inform residents of their rights in writing. Guaranteed Medicare rights include, among others, the following rights:

Who is liable for nursing home abuse or neglect?

We work with the senior, his/her family, investigators, other seniors, and the staff – either voluntarily or through legal discovery – to show the resident was abused or neglected.

In addition to the nursing home, other possible defendants include:

If a resident dies due to nursing home staff negligence, we file a wrongful death claim on his or her behalf.

What damages are available in Washington nursing home abuse and neglect cases?

Our Vancouver, WA nursing home lawyers file wrongful death claims on behalf of seniors who die due to nursing home abuse or neglect.

Victims of nursing home abuse or neglect often have limited time left on this earth, and they deserve to live out those years with comfort and dignity. When abuse or neglect prevents seniors from living out their years the way the deserve, we demand compensation for the senior’s:

In cases of deliberate abuse, the nursing home resident may also be entitled to punitive damages.

Is your nursing home abuse lawyer near me?

Philbrook Law Office is located in Vancouver, but we serve clients in the greater Portland area, and throughout Oregon and Washington. Rest assured, however, that if you are critically injured and unable to come to us, we will travel to visit you in the hospital or rehabilitation center. We also offer virtual conferences and telephone consultations.

Time is of the essence when a senior is abused or neglected because he/she only has a limited number of years left to enjoy his/her life. At Philbrook Law Office, we begin the fight immediately to protect seniors from any type of physical, sexual, emotional, or physical abuse. When we file nursing home abuse or neglect claims, we’re working to ensure the safety of the senior and all other seniors in the nursing home. For 20 years, we’ve been fighting to hold defendants accountable for misconduct and negligence by settling claims and pursuing verdicts for their pain and suffering, medical costs, and other expenses.

To schedule a free consultation at one of our Vancouver or Battle Ground, WA locations, please call 360-695-3309 or complete our contact form. We also serve the greater Portland area and Oregon State. We represent nursing home abuse and neglect clients on a contingency fee basis.