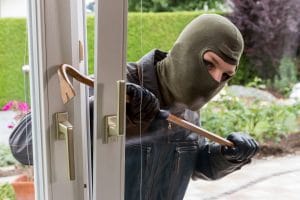 Burglary offenses in Washington State are felonies. That means if you’re convicted of a burglary charge, you will likely be sentenced to prison for a long time. You will have to pay large penalties. When you are released from prison, you will likely find it very difficult to find a place to live or to obtain a job.

Often, there are defenses. For starters, the burden is on the prosecution to prove each part of the criminal charge beyond a reasonable doubt. It may be possible to reduce the charges to a less serious offense. Our skilled Vancouver and Battle Ground lawyers assert legal and factual defenses on your behalf based on the circumstances of your case.

What is the definition of burglary?

There are several types of burglary crimes in Washington:

Under RCW 9A.52.025, “In establishing sentencing guidelines and disposition standards, residential burglary is to be considered a more serious offense than second degree burglary.”

There are a few other key burglary definitions, under RCW 9A.52.010:

There are often numerous legal and factual defenses in criminal cases including:

We’ll assert any other legal defenses that may apply such as the defense of entrapment.

Should I take a plea bargain if I’m charged with burglary?

There may be times where a plea is your best option, but pleading to a crime still means admitting guilt. It may still mean jail time and fees. Depending on what they offer, it may still mean you have a felony on your record. For these reasons, we won’t recommend a plea just because it’s easier or faster. We will help you weigh all your realistic options, and if a plea is your best choice, we can help you through the process. If it is not, we’ll defend you in court.

At Philbrook Law Office, our Vancouver and Battle Ground, WA criminal defense lawyers have earned the respect of the police and prosecutors. We assert every defense possible. We have a strong record of dismissals, acquittals, and plea bargains. To speak with an experienced and seasoned criminal defense attorney in Vancouver or Battle Ground, WA, call us at 360-695-3309  or fill out our contact form to schedule an appointment.