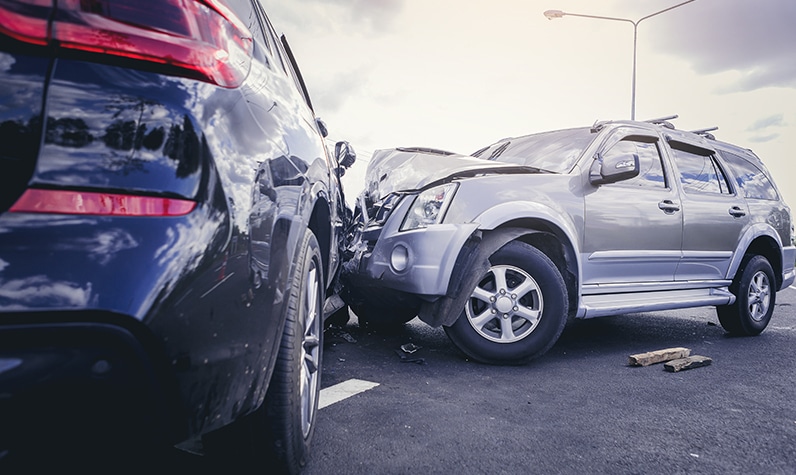 Drivers on the main interstates like I-5 and I-205, the main state roads such as State Routes 14 and 500, and local highways, roads, and streets are at constant risk of being struck by another vehicle. Collisions at high rates of speed often cause fatalities. Collisions at moderate and lower rates of speeds can cause catastrophic injuries which require a lifetime of care, permanent injuries, and injuries that take months or even years to properly heal.

The experienced Battle Ground car accident lawyers at Philbrook Law Office work aggressively to hold all responsible parties accountable for the damages they cause. There is no excuse for speeding, driving while distracted, driving while intoxicated, driving while tired, or failing to follow the traffic laws of the state. Liable parties should pay you for your pain and suffering, your lost income, your medical bills, and the damage to your vehicle. They may also be required to pay for scarring and disfigurement damages and, in some cases, may be required to pay punitive damages.

Why do car accidents occur in Battle Ground, WA?

Many of the causes of car accidents are well-known. They include:

Other causes of car accidents in Battle Ground include construction sites that don't properly direct drivers, roadways that are improperly designed or maintained by the state of Washington or by Clark County, and intersection accidents because the traffic at the intersection is not properly regulated.

What types of car crashes are common in Battle Ground?

Most accidents involving cars happen in one of the following ways:

At Philbrook Law Office, we work with investigators, the police, and conduct extensive discovery to determine how these crashes occur. In some cases, liability can be determined just by examining the damage to the vehicles. In unique cases, we may consult with traffic reconstruction experts.

Who can be held liable for a Battle Ground car accident?

The people or entities who may be liable for your car accident or for the wrongful death of a loved one include:

If your car was struck by a truck, then there may be claims against the truck driver, the trucking company, the shipping company, and other truck entities.

Many car drivers and passengers die as a result of a car accident. If a car strikes a pedestrian or a bicycle rider, it's usually a miracle that the pedestrian or bicycle rider survives. We file wrongful death cases on behalf of the families of the person killed.

Luckily, far more people survive car crashes, though sometimes their injuries can be catastrophic. Our Battle Ground injury attorneys can help you if you were in a car accident that resulted in:

What are the liability insurance requirements in Battle Ground?

Car owners are required to have the following amounts of minimal insurance:

Is your car accident lawyer near me?

Philbrook Law Office is located in Battle Ground, but we serve clients in the greater Portland area, and throughout Oregon and Washington. Rest assured, however, that if you are critically injured and unable to come to us, we will travel to visit you in the hospital or rehabilitation center. We also offer virtual conferences and telephone consultations.

At Philbrook law office, our Battle Ground car accident lawyers understand that even minor injuries can dramatically affect your health, your ability to work, and your ability to function. In many cases, victims suffer chronic pain for years or even the rest of their life. We’ll work with your doctors to fully understand and verify all your medical injuries and all the treatment that you'll need. We’ll work with your employer to verify all the income that you're losing or review your business income to verify your income loss. We skillfully and persuasively argue the extreme pain and suffering that you're in. In most cases, we are able to negotiate a strong settlement. We're also ready and able to argue your case before a jury when insurance companies are unreasonable. If a loved one died, or you were hurt in a car accident anywhere in Clark County, call our office in Battle Ground, WA at 360-695-3309 or fill out our contact form to discuss your case.