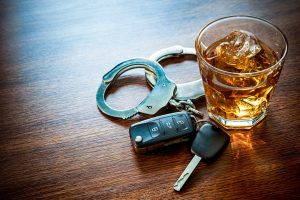 The pandemic is affecting people in different ways. The isolation caused by social distancing, closures of many activities, and more people working from home – makes life a little rougher for many. Some people find comfort in alcohol and drugs. As the coronavirus pandemic continued through 2020, the good news appears to be that fewer people in Oregon and Washington are being arrested for driving under the influence (DUI).

A June report from KUOW NPR showed that impaired driving citations in the Northwest have actually dropped significantly. According to the Washington State Patrol, DUI arrests during March, April, and May 2020 dropped by 46% compared to the same three months for 2019. The Patrol told NPR that there were 2,110 DUI arrests for this time frame in 2020 as compared to 3, 877 DUI arrests in 2019. While the drop “seems” encouraging, a Patrol officer said that more than 2,100 arrests is quite a lot considering that people were under orders to say home and to only travel for essential reasons.

The DUI arrest level by the Oregon State Police showed a 13% drop during the first three months of the pandemic. There were 664 DUI arrests in the spring of 2020 compared to 760 in the spring of 2019. Some Oregon sheriffs reported large drops including a 55% drop in Deschutes County, Oregon.

The reasons for the decline in DUI

There are different thoughts on why the DUI arrest has declined, and whether the numbers truly reflect whether people are driving while intoxicated.

According to the state director in Oregon for Mothers Against Drunk Driving (MADD), Cate Duke, the signs are that alcohol and drug use increased during the pandemic (as supported by retail sales date of alcohol and marijuana). This indicates less use by the public was not a reason for the decline.

There are often defenses to DUI charges. At Philbrook Law Office, our Vancouver, Washington DUI lawyers challenge the validity of breath tests. We contest the basis for the police stopping you. Our lawyers also work to negotiate just plea bargains. We also fight suspensions of your driver’s license due to a DUI or a refusal to submit to a breath test.

To discuss your DUI case, please call our offices in Vancouver or Battle Ground, WA. Call us at 360-205-9615 or fill out our contact form to schedule an appointment.