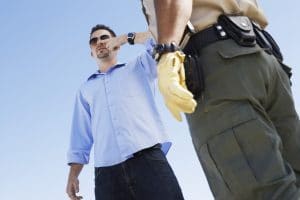 If a police officer pulls you over for suspected drinking and driving, they may conduct what’s called field sobriety testing (FST).

The first thing you should know and share with others is you have an absolute right to refuse field sobriety tests in the State of Washington. If you are pulled over and an officer has a suspicion that you have consumed alcohol or drugs, they will ask you to step out of your car to perform FSTs. Most of the time the officer will not advise you of your right to refuse these requests. It’s up to you to know your rights and politely exercise them.

Once you refuse the FSTs the officer must decide to either issue you an infraction for whatever the cause of the stop and allow you to be on your way, or decide to make an arrest. The officer’s subjective findings as to your performance on FSTs will be the primary support for their finding of probable cause for arrest and be used by the prosecutor to obtain a conviction. If the officer makes an arrest without evidence collected during FSTs you will have a great opportunity to contest the arrest on grounds that the officer lacked probable cause and/or the prosecutor will have less evidence to prove a case against you.

You might be wondering, what are field sobriety tests? Field sobriety tests are a group of three tests officers use to determine if a driver is impaired – they assess your balance, coordination, and ability to focus on more than one task at a time. If you fail a field sobriety test, you’ll likely be arrested for driving under the influence (DUI) and taken into custody.

Field sobriety tests are standardized under the National Highway Traffic Safety Administration (NHTSA), must be administered by a trained officer, and are as follows:

Horizontal gaze nystagmus is an involuntary reflex of the eye that happens to everyone when they rotate their eyeballs. However, when someone is intoxicated, this jerking of the eye becomes more exaggerated and noticeable. For an HGN test, the officer will ask you to follow a moving object like a pen or flashlight back and forth with your eyes. They’ll watch your eyes to determine if you can follow the object smoothly.

The one-legged stand test requires you to stand with one foot off the ground and count until the officer tells you to put your foot down. This FST requires your brain to perform two different tasks, which requires concentration and focus. The officer will be looking to see if you will sway, lose your balance, or use your arms to maintain balance.

For the walk-and-turn test, the officer will ask you to take nine steps – heel to toe – along a straight line, turn on one foot, and return in the same direction. The officer will be looking for specific signs of intoxication, including:

Reasons you may fail a field sobriety test

You may find yourself shocked to fail an FST when you’re completely sober. Common reasons people fail field sobriety tests include:

The DUI defense attorneys at Philbrook Law Office protect your rights when you are facing drunk driving charges. We work to reduce the charges against you or have them dismissed altogether. To discuss your case, please call our offices in Vancouver or Battle Ground, WA. You can reach us at 360-695-3309 or fill out our contact form. 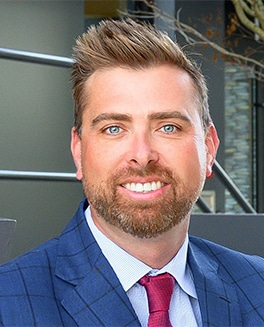