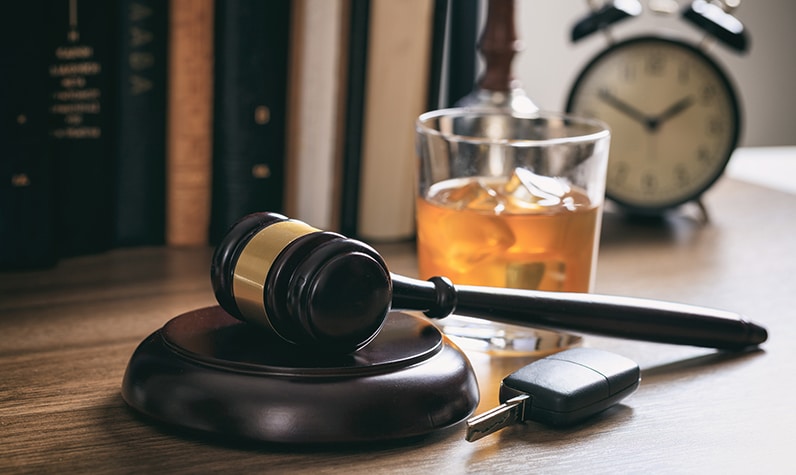 At Philbrook law office, our Battle Ground DUI defense lawyers aggressively work to have evidence suppressed, to obtain dismissals of the charges, and to obtain acquittals. We also work to obtain just plea bargains where the DUI charges are dropped in return for pleading guilty to lesser offenses. We’ll explain the alternatives to jail sentences and alternatives to trial for first-time offenders.

The state of Washington provides that drivers whose blood alcohol content (BAC), within two hours of driving, is above the following limits can be charged with driving under the influence:

Drivers may also be charged with DUI if their BAC is below these limits if the police officer has evidence that the driver had improper control of his or her vehicle due to the influence of alcohol or drugs or a combination of alcohol and drugs.

Driving under the influence of drugs is defined as having a THC concentration of 5.00 or more, within two hours after driving, as determined by a legal blood analysis.

The validity of the DUI breath and blood tests is governed by Washington State law.

Driving under the influence statistics

According to the Substance Abuse and Mental Health Services Administration (SAMSHA) - in 2014,

What are the penalties for DUI in Battle Ground, WA?

Penalties for DUI in Battle Ground vary depending on whether:

In Battle Ground, the penalty for DUI is:

The length of the prison sentences, alternatives, and fines increases for third or subsequent offenses. Fines may be suspended if you are indigent.

Is there a first-time offender program in Battle Ground?

Washington has a first-time offender program where the court may waive the prison sentence in return for agreeing to “ninety days of confinement in a facility operated or utilized under contract by the county and a requirement that the offender refrain from committing new offenses.”

To be eligible, you can’t have participated in a prior program. You will be disqualified if the DUI is a felony.

What defenses may apply to a Battle Ground DUI charge?

At Philbrook Law Office, our criminal defense lawyers use every possible defense that we can to help clear your record and or keep you out of prison. Some of the defense strategy strategies that we use are the following:

We also assert any other legal or factual defenses that may apply. For example, the police do need to prove that you were driving the vehicle. If there was an accident, and the police only saw you after the car was stopped, we may question whether they concluded that you were the driver.

Will Washington suspend my driver’s license if I’m arrested for a DUI or refuse to take a breath test?

Generally, the Washington State Department of Licensing will suspend your license:

Your license will be automatically suspended after your arrest unless you ask for a civil administrative hearing within 20 days from the date of the arrest.

The government has two chances to suspend your license. The first is at the civil administrative hearing based on your arrest. The second is at the sentencing hearing if you are criminally convicted of a DUI.

The length of the civil or criminal suspension varies depending on your prior record, the severity of the accident, whether you refused any sobriety, breath, or blood tests, and other factors. All Washington drivers give their implied consent to be tested for driver intoxication.

When must a driver use an ignition interlock device (IID)?

An IID tests your BAC before you start your car and at random intervals while you’re driving. If your BAC is too high, you won’t be able to start your car. If you are already driving, the flashing lights and sounds of your car will force you to get off the road.

Generally, the IID is available for first-time offenders if you wish to obtain a restricted license during your suspension period. This license permits you to drive to work and/or school (and anywhere – if you own your car) while your license is suspended. It may be required if you have a second or subsequent conviction.

Is your DUI lawyer near me?

The Philbrook Law Office is located in Battle Ground, but we represent clients in the greater Portland area, and throughout Oregon and Washington.

A DUI conviction is a life-changing event. In addition to an arrest record and being fingerprinted - if you don't hire or use an experienced Battle Ground DUI defense lawyer, you will probably be convicted which will result in jail time, fines, increased insurance premiums, loss of your driver’s license, and other consequences. At Philbrook Law office, we fight to suppress evidence that was illegally obtained or is invalid. We work to obtain acquittals and just plea bargains. We advise you on alternatives to sentencing such as electronic monitoring, sobriety programs, and programs for first-time offenders. To schedule an appointment with one of our Battle Ground, WA lawyers call us at 360-695-3309 or use our contact form to discuss your case. Serving clients throughout Clark County.